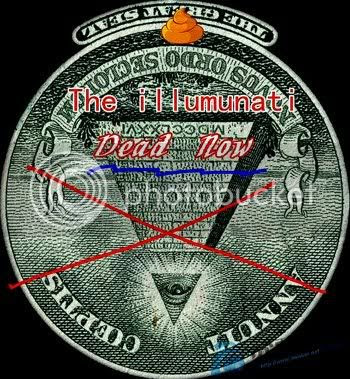 Stephen: This story has just broken here in Australia and involves some sweeping claims by ultra-rich Australian mining magnate Clive Palmer. Multi-billionaire Mr Palmer is one of Australia’s three richest people, all of whom were singled out by our Treasurer and Deputy Prime Minister, Wayne Swan recently when he said: “Australia’s economic success is at risk from a tiny minority of wealthy business people”.
But according to Mr Palmer today, Australia’s economic success is at risk from the CIA (yes the CIA) and The Rockefeller Foundation.
On the day after the Australian parliament passed a new mining tax, which taxes our mining companies in a way they’ve never been taxed before, Mr Palmer suddenly lashed out at a surprise “enemy”. He claimed that the CIA and The Rockefeller Foundation were behind moves to destroy the Australian coal mining industry and that they were funding our Greens party and the environmental movement.
The dust has not settled. But what if he is correct and this is the beginning of an new unveiling of overseas’ industry interference by the incredibly influential and powerfully wealthy in another country? Are the very rich now standing up to the very rich? It could set the agenda for other dramatic revelations from around the world.

By Marissa Calligeros and Judith Ireland

Mining magnate Clive Palmer has accused the Australian Greens and Queensland environmental campaigners of “treason” in conspiring with US powers to destroy the nation’s coal industry.

Mr Palmer was expected to give his response to the passing of the Gillard government’s mining tax at a media conference called this afternoon, but the multi-billionaire was concerned only with perceived collusion between the United States’ Central Intelligence Agency and the environmental lobby.

Mr Palmer turned his attention to a report by Greenpeace and other anti-coal groups, titled Stopping the Australian Coal Export Boom, which outlined an environmental campaign designed to disrupt and delay the expansion of the industry.

While brandishing a copy of the report this afternoon, Mr Palmer said it was the result of a CIA conspiracy involving the US-based Rockefeller Foundation.

“This is funded by the CIA,” he said.

“You only have to go back and read … the report to the US Congress that sets up the Rockefeller Foundation as a conduit of CIA funding.

“You only have to look at the secret budget which was passed by Congress last year – bigger than our whole national economy – with the CIA to ensure that.

“You only have to read the reports to US Congress where the CIA reported to the president that their role was to ensure the US competitive advantage – that’s how you know it’s funded by the CIA.”

Mr Palmer argued descendants of US oil magnate John Rockefeller had bankrolled the Greenpeace report, in a bid to disrupt and damage the Australian coal industry.

The author of the report, Greenpeace senior campaigner John Hepburn, strongly refuted the accusations, saying Greenpeace’s cause was funded by tens of thousands of individuals across Australia.

‘‘First up, Greenpeace does not accept funding from the CIA, nor from any other secret service for that matter,’’ he said.

‘‘Neither do we accept money from any government or corporation.

‘‘Right now, the scale and speed of the coal export boom are out of control. Clive Palmer’s vast proposed ‘China First’ mine would destroy Bimblebox nature refuge and he is part of a plan to build the world’s biggest coal port at Abbot Point, in the Great Barrier Reef World Heritage Area.’’

“The Greens have not been providing you with the full information about where their money comes from or what it’s about,” he said.

“I think the Greens [candidates] in this upcoming state election … should resign if they’re being funded by an offshore political power.

“It’s tantamount to treason and something needs to be done about it.”

Greens Leader Bob Brown held a press conference in Canberra this evening to refute the allegations.

Senator Brown said that even though Mr Palmer’s claim about the Greens CIA links were “extraordinary” and “manifestly untrue”, they had to be taken seriously because Mr Palmer was a key financial backer to the Queensland Liberal National Party.

“They’re very serious accusations made by a person who is going to be a chief confidant and advisor to Campbell Newman, were he to become premier on Saturday,” Senator Brown said.

Senator Brown said that Greens candidates would still be contesting the state election and called on Queensland Liberal National Leader Campbell Newman to repudiate Mr Palmer’s attack on his party.

“[The Greens] are proudly part of the Queensland election campaign,” he said.

The Greens Leader said he believed that Mr Palmer genuinely believed the CIA or the Rockefeller Foundation has links with the Greens because it is Mr Palmer’s practice to bankroll political campaigns.

“He therefore assumes that other people are into it like he is,” Senator Brown said.

Mr Hutton said Mr Palmer had shown through his comments that he was “massively confused”.

“In the US, various philanthropic organisations have funded environmental groups and community groups to legally challenge big mining companies who are conducting inappropriate development. And they are beating them in court,” he said.

“It should come as no surprise to anybody that environmental non-government organisations would try to access the same sorts of philanthropic organisations to be able to get funding to groups who are doing the same thing here in Australia.”

Mr Hutton said he knew of no organisations in Australia which had received such funding.

“Neither the Lock the Gate Alliance, nor any other environment group that I’m aware of, is receiving any donations from the Rockefeller Foundation or any other overseas group,” he said.

Mr Hutton, who described Mr Palmer’s comments as “bizarre”, said the Rockefeller Foundation had no involvement in the report, monetary or otherwise.

“That report that he’s referring to is an attempt by environmental NGOs to try to get funding for activities opposing the massive expansion of coal mining that’s going on in Australia,” he said.

“It should come as a surprise to nobody that environmental organisations are wanting to limit the expansion of coal mining.”

Mr Palmer made little mention of mining tax legislation, passed last night in the Senate, saying he had no concern with it.

“I don’t care about any tax. It won’t affect my life one way or the other,” he said.

Mr Palmer said the controversial tax, which aims to distribute the spoils of Australia’s mining boom, would have no affect on his businesses.

“It probably won’t cost me anything, because I’m not mining anything that comes under the classification of it. So, you know, it’s not something that’s worried me,” he said.

“Certainly Andrew Forrest has indicated he’ll do that – he has major concerns with it, because it affects him, affects his business and affects the ability of his workers,” Mr Palmer said.

See footage of Mr Palmer making the claims on this page here: