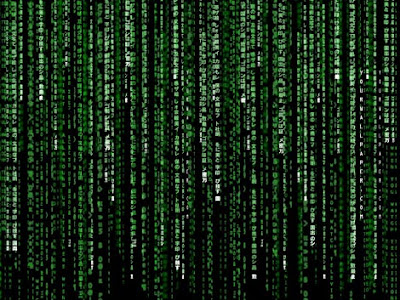 Please VERY spread it everywhere ... it is very IMPORTANT!

Those who have strong relationship with the internet and especially those who are developers, we know very well that there are many times when confronted with difference malicious software that sooner or impugn their dissemination and stops ...

Some, of these softwares are amateur, some are a little better, some are professional and some are like saying "State of the Art"!!! The latter is the rarest, and a one professionals will encounter in life such an average, about two times, they are clearly debatable whether they perceive their existence!

Recently, I realized that something was wrong with my website, an anti-neo-philosophical class electronic space ... well, with the Facebook ...!!! But before I visited a website that had a illuminati clock and did a countdown ... which expired on September 9, 2012! (There's a reason NOT give you the Link it here ... because, thus protecting you and advise you if you find the site, not to even load in your browser ... and not even to see the home page ...!)


Looking now to find what's wrong with my site, I realized ... that there were many hacker attacks to it, but initially I did not give great importance, since this sport is known ... to all of us who deal with the internet ... But this does NOT It was normal, it was an attack that originated from the Aristotle University of Thessaloniki (this does not mean that the attack was really there), where a "State of the Art" stealth script ... running on my server!

A script that went through all the security checks and not realized! You tell me now, why do I say this ...! First, because this Script agreement with the structure must be constructed from the Ukrainian school ... you think the elite school hacker! Secondly, there is a script that has TERRIBLE transmissibility to anything that is based on code HTML, that is almost all over the Internet ...! And the third is the WORST and what exactly is set to make this script ....

It has unique properties that make it "State of the Art" ... is invisible ... It is transmitted from site to site, only the view from one to another will not detect even the best antivirus and finally, even if someone copied something ... Simple example text from a website that is infected ... the script follows the letters ... so if the text is copied to a clean website, you will instantly infected everywhere!

Moral ... this script should already be all over the internet! If something is not done quickly (and thankfully there are people who have been duly informed and engaged seriously with it today trying to prepare an anti-virus that will spread like normal, but faster and neutralize it) ... maybe on 9/9/2012 left without internet databases! MAYBE THAT IS NOT OPEN ANYTHING from simple ... to banking, energy and security websites!

THE ULTIMATE CHAOS and even just after the official end of the Olympic Games have always symbolized the truce Peoples ... but not the new world order ...!

TIP: DO NOT PANIC ... THOSE NEEDS YOU DIACHEIRISTES WEB ... Tell opers OF YOUR SERVER ... IMMEDIATELY!